Emails about how best to report on the formative relationship David Bowie had with the fashion industry started to swirl through the Style section (and between the Style and Culture sections) as soon as we heard news of Mr. Bowie’s death.

We knew we’d need to acknowledge that Mr. Bowie’s influence on fashion was a big and important part of his legacy; it’s impossible to be in fashion and not realize how formative he was for many designers; it is, literally, in front of your nose.

But how? Should we do a slide show (T Magazine was on that)? Focus on a specific area of contribution? Something more analytic?

The comprehensive culture department coverage of Mr. Bowie’s musical and artistic impact provided Style reporters like me with a bit of a cushion: We knew fashion could be a second-day story, and so we had the luxury of using Monday morning to decide how to best frame and cover our story.

Still, during breakfast, I emailed the designers I knew in Europe who had been most influenced by Mr. Bowie, or had used him in campaigns, as I wanted to start these conversations when the designers were still in their offices. 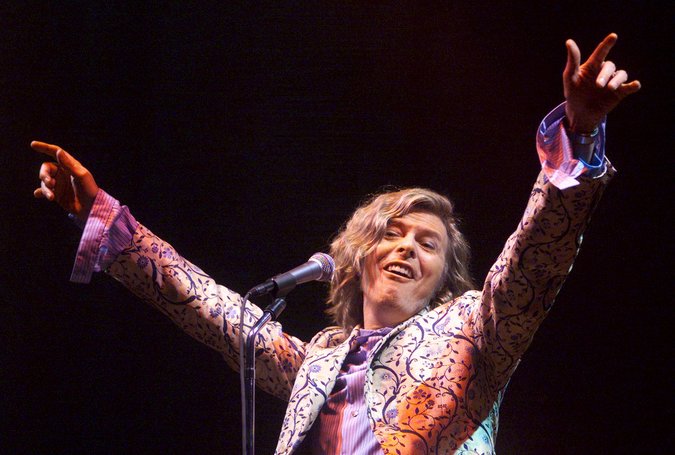 Matthew Schneier, our fashion reporter/critic, who was covering the men’s wear shows in London, and Elizabeth Paton, our European Styles reporter who was there with him, stepped in to get immediate front-row reactions from editors at the collections.

By 11:30 a.m., Stuart Emmrich, the Styles editor (who was on vacation, at least theoretically) decided I should do a column that would step back and attempt to contextualize Mr. Bowie’s effect on fashion in the broadest sense, filed by day’s end, so that we could get the piece up the next morning by 5 a.m.

Most other reports from fashion critics focused on specific Bowie styles, whereas I was more interested in his more abstract and extended relationship with the industry. It’s a topic I had been thinking about in a vague way at least ever since Mr. Bowie’s Off Broadway show “Lazarus” premiered and he re-emerged on the scene, so I knew what my thesis was.

Part of looking at collections involves consideration of the ideas that shape clothing, so, to a certain extent, critics are always keeping track of designer influences. It’s like a little clicker ticking away in the back of your head: “Bowie again” — click!

Meanwhile, designers had started to respond to my questions about Mr. Bowie with specific stories of their own. I remembered, for example, that Jean Paul Gaultier’s spring 2013 women’s wear collection, “Rock Stars,” included a Bowie-esque asymmetric star-spangled net cat suit, but after a few seasons all shows blend together a bit, so the house confirmed the specific collection; Dries Van Noten sent thoughts about his collaboration with the singer; and I had the meat of the column by lunch, with about four hours to write it.

Writing under this kind of time pressure, especially about a figure like Mr. Bowie, is a little stressful, but I have become pretty good at compartmentalizing thanks to tight deadlines for show reviews. And Mr. Bowie left a rich visual record, so there is a wealth of material. But when I need a break, I look at the Daily Mail celebrity gossip column.

I actually had too much information, which is a good problem to have, so when I was writing there was a lot I left out: Mr. Bowie and his wife, Iman, were in a Tommy Hilfiger ad campaign in 2004, for example (remember that?). I depended on Anita Leclerc’s editorial judgment as to whether I had included enough examples to support the argument in my piece, “David Bowie’s Fashion Legacy,” that Mr. Bowie helped make fashion — the system, the pop culture force — the ever-mutating megalith we know today.

By the time I finished writing a draft, I had been effectively glued to my computer for four hours (with breaks to walk over to the photo desk to look at Bowie pictures with Beth Bristow, our photo editor) and felt a bit screen-addled.

When I got home, I lay on the living room floor for a while. It’s not something you really want to do in the office.